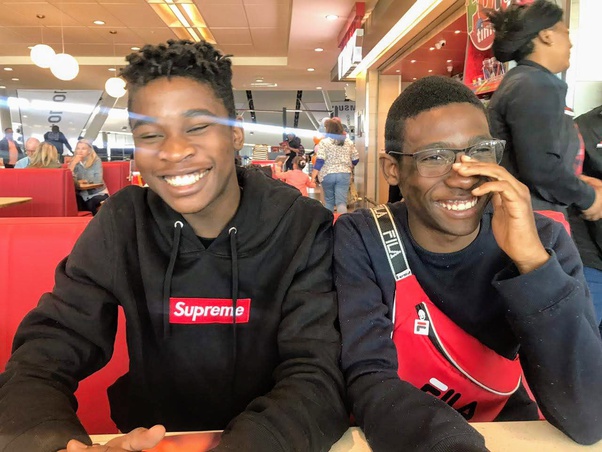 What would you consider is the one of the most underrated life skills?

A few months ago, at the airport, I went to a restaurant with my friend while we waited for his flight.

We sat down and a waitress came up to us asking to take our order.

And this waitress was hot.

And when I say hot, I mean “drop that stupid apron and go get a modeling contract” hot.

Anyway after ordering our drinks, the waitress left and my friend and I immediately gave each other the look.

We both found her extremely attractive. So we played a game of rock paper scissors to decide which one of us gets a shot at asking her out.

I quickly thought up a pickup line. Then, when she came around to take our food orders I said my line:

“If I had to choose between having one date with you or winning a million dollars…I would choose… the million dollars. But it would be close…real close.”

She laughed and replied: “I’d also choose the million dollars, but it wouldn’t be close.”

I’d never had a line backfire so much in my life.

You know what I did?

Another man might have gotten offended. Not me. Because I’ve learnt how to laugh at myself.

I even gave her a fat tip afterwards and wrote my number on the slip in case she changed her mind.

The next day she messaged me.

None of that would’ve happened had I taken her rejection personally and got offended.

And laughing at yourself can help in a lot of other situations as well.

Not Taking Ourselves Too Seriously Benefits Our Mental Health

In these gloomy, uncertain times, the ability to have a good laugh — especially at your own expense — may be essential for survival. But are people really capable of having a sense of humor about themselves?

The study’s author, Ursula Beermann, Senior Lecturer at the Institute of Psychology at the University of Innsbruck, says the ability or proclivity not to take yourself too seriously also can mean you’re prepared to “acknowledge that you are not the center of the universe.”

The findings support what has long been believed: that being able to laugh at oneself is not only a distinct trait, but is also linked with having an upbeat personality and good mood and may be the foundation for a good sense of humor. 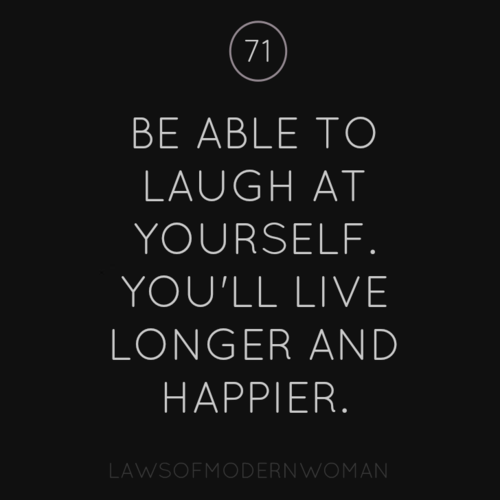 Although studying people’s sense of humor may seem like a trivial pursuit, it has important implications for health. Laughter, smiling and optimism are linked to better overall health.

And sometimes, we just need a reminder to take everything — including ourselves — less seriously.

1. What are the most underrated life skills? by Zipho Tefu on Quora.
Click HERE to read.

2. Why Laughing at Yourself May Be Good for You: First-Ever Study by Maia Szalavitz for TIME. Click HERE to read.

3. Why Laughing at Yourself Can Boost Your Health by By Vivian Manning-Schaffel for NBC News. Click HERE to read.

4. Can people ever “laugh at themselves”? Experimental and correlational evidence by Ursula Beermann. Click HERE to read.