A few months after defeating incumbent President, Goodluck Jonathan to emerge as President of the World’s most populous black nation, President Buhari while speaking with some youths in commemoration of the International Youth Day 2015, applauded young Nigerians for their contributions towards his emergence as the President of the country.

According to him, “I can assure you, my young compatriots, that you have written your names in history and you will be remembered as true heroes of our democracy and as architects of change.”

President Muhammadu Buhari acknowledged the ‘vital’ role played by Nigerian youths in the 2015 general elections, describing them as “architects of change”.

Nigerians especially the youths got fed up with the state of affairs in the country under the then leadership​ of President Goodluck Jonathan and with their enormous voting power contributed to his ouster from office and emergence of President Buhari as the 4th Democratically elected President since the return of Democracy in Africa’s powerhouse, Nigeria.

After four years of mismanagement, ethnic nepotism, corruption on a different scale, escalation of poverty, high handedness, flaunting of court orders, cronyism, under Buhari’s administration, the same youths who voted him massively now want him out.

But there is a catch.

Academic Staff Union of Universities (ASSU) is currently in negotiations with the Federal Government to end a strike that commenced in November, last year.

According to Independent National Electoral Commission (INEC) figures, out of the 84 million people registered to vote in the upcoming elections, about 22 million are students which represent approximately 27% of the voting pool.

Ask yourself this question.

Where did most of these students undertake their voter registration and are most likely required to vote?

ASUU is on strike.
Schools remain shut.
Campuses are closed.
Students are far away at home.
The election is in a few days time.

Where would the students vote?

Is the prolonged strike and failure to reach an agreement with ASUU, a ploy by The Federal Government of Nigeria to disenfranchisement a majority of the students or just a mere coincidence?

Only time will tell. 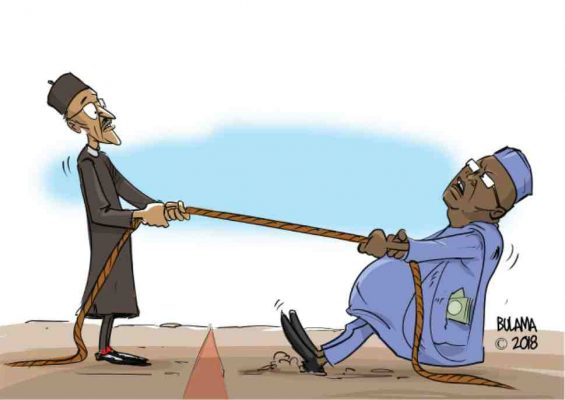