The year was 2011 and upon seeing my posting letter in camp, I didn’t know whether to disappear or let the ground swallow me. I was posted to one of the riverine areas in Bayelsa even after working/pleading/arranging/paying to be posted to the state capital, Yenegoa.

I couldn’t swim, I didn’t have a life jacket, I had never really traveled on water and here I had to report to a riverine area which was about 40 minutes trip on water.

In this despair, I disappeared to Lagos to contemplate my next plan of action. I resumed duty after a month when my hopes of a re-posting appeared bleak and had to forfeit my N19,800 allowee as punishment for absconding from duty.

Upon resumption at my PPA (Place of Primary Assignment), I noticed the following about the community.

# No light. No NEPA. Generators were the order of the day.
# No network. None. The river bank was your best chance of making and receiving calls.
# No running water. Water from the river was your only chance of getting water. The same river the villagers had their bath, washed their clothes and even poo’d in.
# The underage girls in the village where either pregnant or sexually active.

As a Petroleum Engineering graduate, I started off as an English and Biology teacher partly to teach sex education and help improve their spoken and written English.

One thing I swore never to do and never did was take advantage of my elevated position as a teacher/Corper to defile the small girls in the school or community.

I respected myself, the little children under my care, their parents and God.

Luke 12:48 “….For to whomsoever much is given, of him shall much be required: and to whom men have committed much, from him they will ask the more”.

Why would I then subvert myself into a sexual predator preying on the inquisitiveness and ignorance of these teenage girls?

It was with disdain and anger that I read the news of one Gbadamosi Mayowa, an NYSC corps member serving in a secondary Edo state bragging of receiving head from one of his female students. In his FB post, he was quoted as saying “When your student wants the dick and you are contemplating. At the end she gon go down and suck the hell out of you……. #Babyboy #EdoCorper #BadGang”. 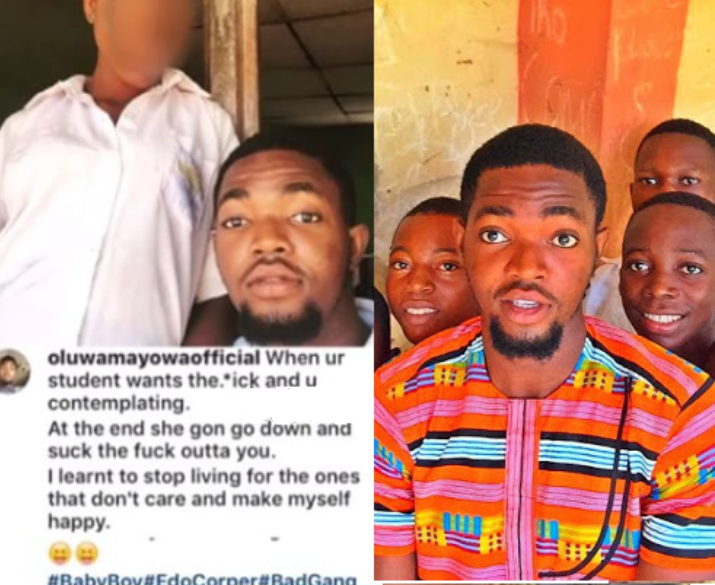 This deranged Corper even boasted in previous posts of giving his students alcohol. Imagine the effrontery.

His posts caused an uproar and he has since deleted his Facebook account. Below are a few of the reactions to his sexual perversions. 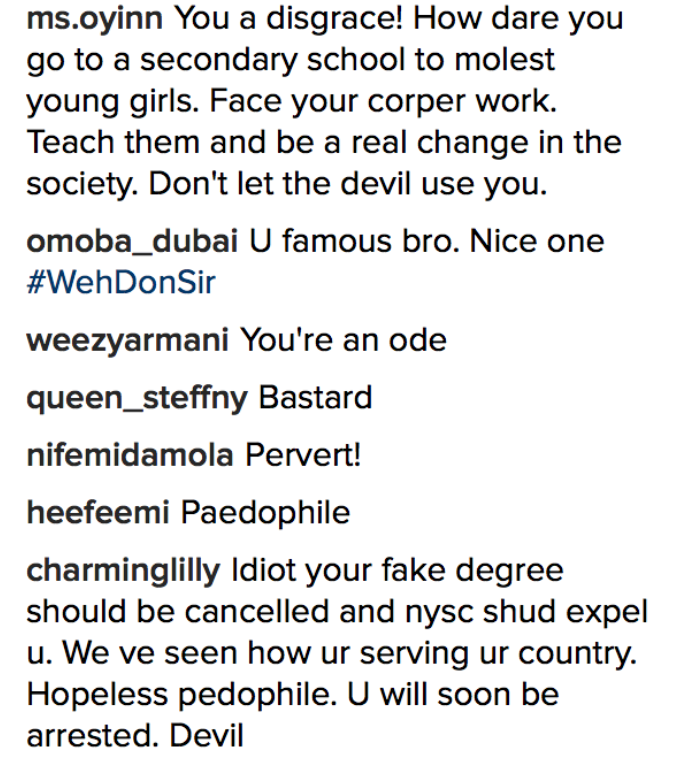 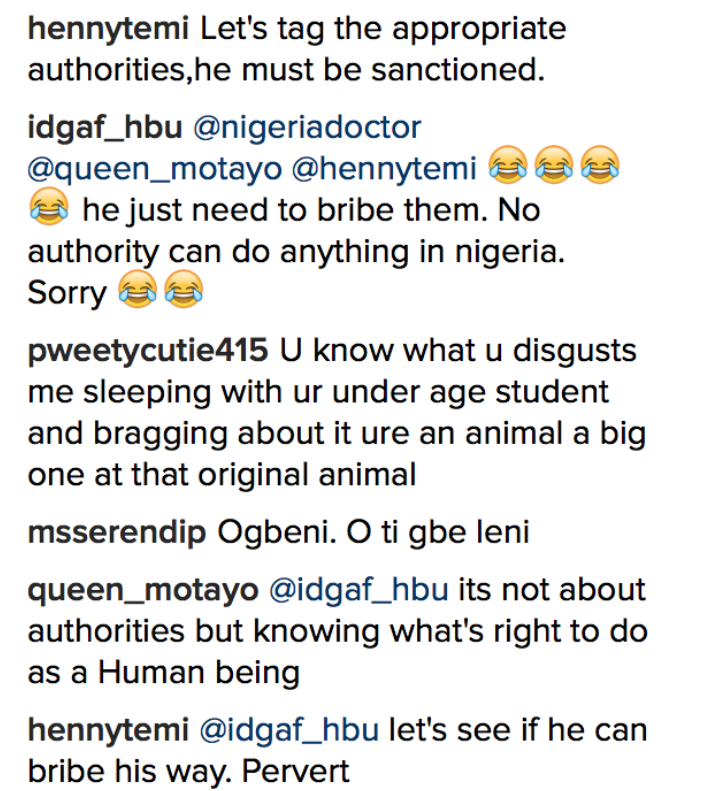 This is lesson to all male Corpers currently serving in mixed or girls only schools. Leave your students alone. If it’s sex you desire, get a mature girl to satisfy your sexual urge. You should be a pillar to these sexually naïve girls instead of taking advantage of them, robbing them of their innocence and turning teenage girls into nymphos. 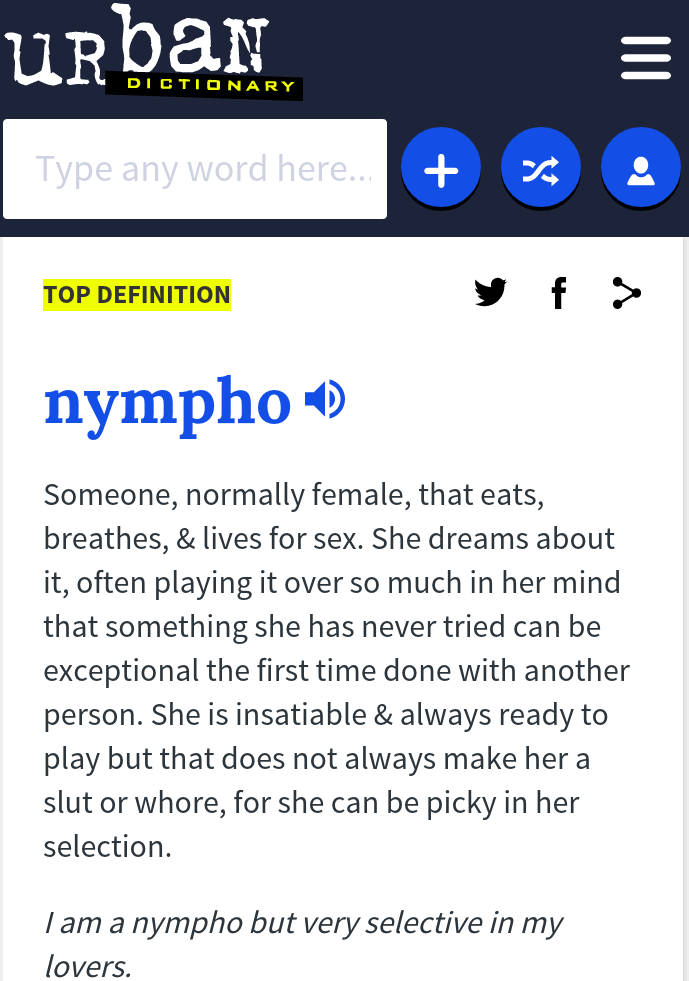 The Corper should be arrested and made to pay for his sexual exuberance. Having sex with underage in Western countries would bag you a prison sentence but in Nigeria, not even a police report is issued. When would we as a country begin to protect our girls from sexual predators in the kind of Gbadamosi Mayowa?

But wait a minute. Some places in my dear country allow girls as young as 13 years to be given up in marriage. 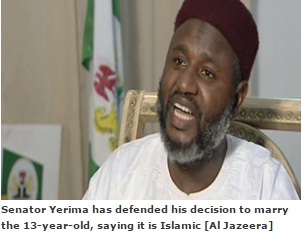 Seems we are fighting a lost battle.