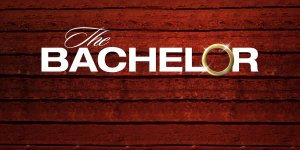 After discussing the added pressure a bachelor faces by attending weddings in the first episode of our Bachelor’s Life series, click HERE to read. We began the new series “8 Types of Bachelors”, click HERE to catch up. Let’s continue from where we left off.

5. Deputy Chief Bachelor (34 – 37 years):
The fifth stage of bachelorhood and the first real pleasure laden stage. It’s at this stage that parents get worried and start asking questions. It’s at this stage that you mum would call you from nowhere and invite you to your younger cousin’s wedding as a way of indirectly passing her “get married” message to you. It’s at stage that any girl your mum sees you with gets scrutinized from head to toe. She keeps telling herself “I hope this is his final bus-stop. I like her, she’s nice.” At this stage, a guy still living with his parents should be taken to one of the churches along Lagos-Ibadan Expressway for deliverance.

For Girls: Be warned, guys are this stage are the baddest players. They have the coolest bachelor pad, the bad ass rides, the gorgeous suits. They are the ones that spend the most in the clubs. They have enough to spend and no family to spend it on. The catch here is that at this stage, he has a serious girlfriend he is still watching (to know if she’s the right one) while also playing around with other money/marriage hungry girls. Be careful not to be one of his side chicks.

6. Chief Bachelor (38 – 40 years):
At this stage, a man has officially forfeited two things: The right to have a grown up child at his 50th birthday and the right to retire early (he has to keep working till around 70 to fend for all his children). Very pitiful.

For Girls: Dating a Chief Bachelor is like dating the guy every girl wants but can’t have. Girls just meet a guy at this stage, chop, clean mouth and go and marry a serious guy. Very pitiful.

7. Bachelor General (41 – 48 years):
This is the stage a man’s parents begin invoking spiritual curses on anyone that is causing the marital delay of their son.
A man at this stage has either been heartbroken by someone he intended marrying or is not just a serious human being. Any man that chooses to be 70 years old when his first child is just finishing school is not serious.

For Girls: At this stage, he is desperate so just get pregnant for him and he will marry you. Only if guys were wired to work that way..lol. On a serious note, the only girls allowed to marry such am elderly bachelor are girls knocking on the menopause door or money hungry girls. You are young and you marry someone this “old”, just remember he will die before you, the older he is now, the more years you will spend as a widow. Marry a young man Miss young lady.

8. Field Marshall (49 years and above):
These are the godfathers of bachelorhood. The ones that even their parent’s have given up hope on. I pity the parents that have such a man as the only child. The dream of seeing their grandchildren is like dreaming of buying fuel in Nigeria at N50/liter. Not impossible but highly improbable.

For Girls: Please don’t. He is a single sugar daddy. Just don’t.