1. Going to your boyfriend’s house without being invited = OFFSIDE

2. Meeting a girl and having sex on the same day = FREE-KICK 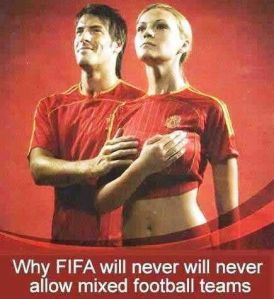 6. A girl with lots of energy = CAPTAIN

7. Having sex without a condom = OWN GOAL

8. Taking a lot of time without coming = MAN OF THE MATCH

10. Having so many female friends and sleeping with all = MVP 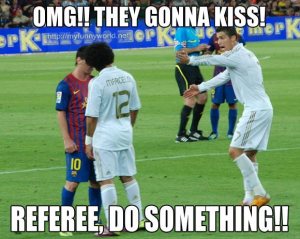 11. Having sex with your ex = FRIENDLY MATCH

12. 8 years of sex without getting a child = ARSENAL

14. Taking it gently when having sex = FAIR PLAY

16. When they won’t stop talking about your relationship: SPECTATORS

17. Asking her ‘how do you want it?’ = Taking instructions on the sideline.

18. A lady using pills after sex and later still got pregnant = DEFENSIVE ERROR

20. When your friend sleeps with your girlfriend = TRUE PASS

21. Having sex with another girl and your girlfriend catches you = INJURY

22. You and your girl break up= GAME OVER

24. A guy always under performing and making excuses: MOURINHO 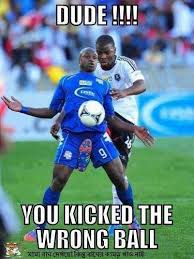 26. After claiming he’s good in bed, ends up being a flop: FALCAO

27. Been forced to stay in a relationship you don’t want to: DE GEA

28. When you and hubby take a break after round one: HALF TIME

29. When she’s tired of his lazy unproductive ass and hooks him up with her good for nothing friend: FREE TRANSFER

30. When he tells you to return everything he bought you because you ended the relationship: TRANSFER FEE. 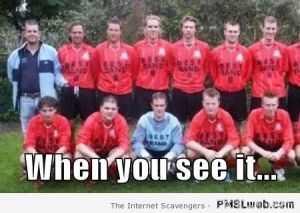 Adapted and improved from “Understanding Football with Sex” by Unknown Author.