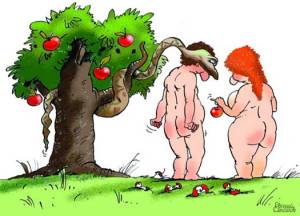 Abortion
is medical term for end of a pregnancy. This can be natural which is known as a miscarriage, or it can be an operation to end a pregnancy by removing the foetus from the womb. The type of abortion depends on the stage of the pregnancy – it can vary from taking a pill to having an operation.

Age of Consent
is the age at which a person is considered to be legally competent to consent to sexual acts, and is thus the minimum age of a person with whom another person is legally permitted to engage in sexual activity. It’s 18 years in Nigeria and 16 in the UK.

Agastopia
is the admiration of someone’s body

Agoraphilia
is a fetish for sex in public places. People with this fetish are often exhibitionists or people who get aroused by the thrill of potentially getting caught.

AIDS
is a serious condition in which the body’s defences against some illnesses stop working properly. The virus that causes AIDS is HIV, which can be sexually transmitted. You can protect yourself from HIV by using a condom every time you have sex.

Algolagnia
is a fetish for pain. Mostly among ladies.

Allorgasmia
is a fetish for fantasizing about someone other than your current partner. A common fetish among married couples.

Alphmegamia
is a fetish for older men. This is a common fetish among women as mate selection for females is less impacted by the age of a potential mate than by his status.

Amaurophilia
is a fetish for not being seen during sex. This usually involves turning off the lights or blindfolding a partner.

Anasteemaphilia
is a fetish for partners who are much shorter or taller.

Anorgasmic
is a sexual dysfunction in which a person cannot reach sexual climax. More common in females.

Areola
is the dark ring of skin surrounding the nipple.

Arm Candy
is a person who is dated for her superficial beauty as opposed to her substance. The type of girl that has a beautiful face but an empty brain.

Aristo
is an older man that dates or has sexual relations with girls young enough to be his daughter.

Autagonistophilia
is a fetish for having others spy on you, particularly while naked or engaging in sexual acts.

Babe
is an attractive woman.

Balls
is another name for a man’s testicles.

Bestiality
is having sexual activity with animals.

Bisexual
is a person who is sexually or romantically attracted to both sexes.

Blow Job
is when someone puts a man’s penis into their mouth to give pleasure. Also known as oral sex.

Booty Call
is calling a fuck buddy for sex.

Breasts
is also known as boobs, tits, jugs, booby, peak milk, mammary glands, bust etc. The main function of breasts is to give milk to babies as they develop, or grow, during puberty. Other functions include nourishing a man’s sexual appetite. God made boobs for men not babies (in my honest opinion..lol)

Cad
is a man who aggressively pursues his self interests, particularly when it comes to sex, with little regard for others

Camel Toe
is a vagina wedgy. Also, the impression of a woman’s vagina as seen through tight pants. A common occurrence among large women who wear small clothes.

Candaulism
is a fetish for showing off your partner, or images of him/her, to others.

Castration
is the removal of the testicles or ovaries, often to prevent fertility and/or to reduce the effects the hormones produced by these glands have on behavior. In humans, this often refers to cutting off the penis as well.

Cervix
is the neck of the womb, consisting of a narrow passage leading to the vagina.

Celibacy
is sexual abstinence generally motivated by factors such as an individual’s personal or religious beliefs.

Charity
is engaging in sexual activity with someone who will get far more out of the experience than you will.

Chemical Castration
is medication intended to reduce a man’s overactive libido without actually castrating him. Often administered to sex addicts and sex offenders.

Chesticles
also referred to as boobs/breasts.

Cherry
is a woman’s virginity. More specifically, the hymen, which is often ruptured during vaginal penetration. “Popping her cherry” refers to taking a female’s virginity.

Chick
is an attractive, young woman.

Chrematistophilia
is a fetish for paying for sex.

Circumcision
is when the foreskin on a boy’s penis is removed by a doctor during surgery. The operation can be done on babies for religious reasons, but it can happen at any time in a boy’s life if there is a problem with his foreskin. It’s a safe operation and makes no difference to a boy’s sex life.

Clitoris
is the nub of skin at the front of a girl’s vulva which produces feelings of intense sexual pleasure when stimulated. It is the most sensitive external female sex organ, otherwise called the penis of the female because it is full of nerves.

Cockaholic
is a promiscuous woman, also known as slut.

Cock Hungry
is possessing a powerful sexual appetite for sex with men, as opposed to one specific man.

Condom
is a thin, rubber sheath (cover) worn over the penis, it is the best contraceptive that can protect against unplanned pregnancies and sexually transmitted infections (STIs).

Contraception
is the word for any method used to prevent pregnancy.

Contraceptive pills
can be taken up to 72 hours after unprotected sex to prevent pregnancy. Also known as Emergency Hormonal Contraception (EHC).

Community Bike
is a promiscuous woman. Everyone gets to ride her. Synonyms: slut, doorknob

Conjugal
is related to marriage. Most often used in the phrase, “conjugal visit,” which refers to when a prisoner is allowed to have sex with his significant other.

Consensual
is an activity that is done with the full agreement of all parties involved. Often what separates sex acts from sex crimes.

Coochi, coochy
is another name for Vagina.

Cougar
is a woman who is beyond her physical prime, and who is often far more sexually aggressive in order to compete with younger women for men. Cougars often hunt younger men, or cubs, exclusively to fulfill their sexual desires as opposed to searching for a marital partner.

Courtship, Courting
is the period in a relationship preceding marriage.

Cowgirl
is a standard sex position in which the woman rides atop the man who lies flat on his back.

Crabs
are lice that live in the pubic hair and can be spread from person to person during sex or close contact.

Cross-Dresser
usually, a heterosexual man who has a fetish for dressing in women’s clothes. Synonyms: transvestite.

Cub
is a young, attractive man who is instructed in the ways of sex by a cougar.

Cuddle
is to hold or embrace. Synonyms: aftermath, croodle, snuggle…

Cunt
is another name for the vagina or someone who acts like a vagina.

Cyber Sex
is talking about sex with someone on the internet, in a chat room or by email.

Daddy
is a dominant partner who is significantly older or who provides for the submissive partner in a variety of ways.

Date Rape
is when someone goes on a date and then forces their date to have sex with them against their will mostly by drugging them.

Delivery
is the act of giving birth.

Dental Dam
is a small sheet of latex which acts as a barrier between the vagina or anus and mouth, used during oral sex.

Diaphragm
is another name for the cap – a contraceptive device placed over the neck of the womb.

Dick
refers to the penis or a man who behaves as if he does all his thinking with his penis.

Dickhead
is the head of a penis or a man who thinks with his dick.

Dicktator
is a man who’s thinking, reasoning and life is controlled by his penis.

Discharge
is wet stuff that comes out of a penis or vagina. For girls, discharge from the vagina is normal and will happen from puberty through to the menopause. It is produced by little glands in the vagina and the cervix. It will change during the month and can make sex more pleasurable. If the discharge is a funny colour or smells unpleasant, girls should visit their local NHS Sexual Health (GUM) clinic, GP or nurse, Young Persons Sexual Health, or Family Planning clinic in case of an infection. For boys, discharge from the penis is not normal and quite likely indicates an STI. The quicker it is checked out the better.

Doggy style
is a sexual position where the woman is kneeling on all fours and the man enters her from behind.

Doorknob
is a slut. Everyone gets a turn.

Downtown
another name for vagina.

Dry Humping
is what two people do when they have yet to figure out how to have sex. Mostly virgins. Synonyms: Outercourse.

Dry Spell
is an extended period without sex.

DTF
“Down to fuck.” A woman or man who is ready for sex

Dyscalligynia
is a dislike or hatred of beautiful women.

Dyke
is a slang term for a lesbian.