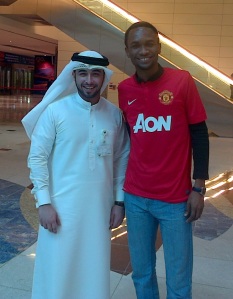 We just completed the 7 part series titled “7 Things Women Want”. These include: Acknowledgment, Affirmation, Attention, Affection, Security, Communication and Care (click to read).
In that series, we ascertained that men are totally different from women in terms of attitude, reactions, thought pattern and behavior. Men are logical beings while women are emotional beings. Men are very easy to understand but the problem women have is that they act and think like women when relating with men. To successfully relate with a man, you have to act like a woman and think like a man. I’ll repeat, men are very easy to understand, most women are just too lazy to make that effort in understanding men. To buttress this point, you can see that men only want 3 things while women want 7 things. 7 compared to 3. Comon!..lol. Get this and you will never have problems with the men all your life again.
Let’s proceed:

PART 1: RESPECT
The same way a women craves for love from a man, that’s a same way a man desires respect from a woman. For a man, you rather respect him and not love him than love him and not respect him. Men are pompous, proud and egocentric in nature. They have that on-top-of-the-world mentality that makes it hard to them to succumb to a woman. Take this from me, the only woman a man will take orders from is not his mother or his wife or his sisters. The only woman a man will take orders from without complaining is his female boss in the office. You might ask yourself, why should I respect a man? or why should a man demand respect from a woman?

Let’s go back to the creation of this world. If you’re an atheist and don’t believe in God, please look away now..lol
Adam was created from dust as we all know, he was put in charge of the animals and so on. Then one day God realized that Adam (man) needed a helper so God created Eve from Adam’s rib (woman created from man) Genesis 2:21-22. When Adam woke up and saw Eve, he said “This [is] now bone of my bones, and flesh of my flesh: she shall be called Woman, because she was taken out of Man” Genesis 2:23. Remember man was the boss before woman came, woman was made to assist man and man (Adam) was the one that gave Eve the title ‘woman’.
From the inception of life, man has always seen himself above the woman and so therefore should respect them. In the marriage institution, the Bible also reinteracts this point in both 1 Corinthians 11:3 and Ephesians 5:23 where it states that the husband is the head of the wife. Even the Quran agrees with the Bible in this regard where in Quran 4:34 it says “Men are in charge of women by [right of] what Allah has given one over the other….righteous women are devoutly obedient (to Allah and to their husbands)..” (paraphrased)
So ladies, as long as you believe in God you know that the man (husband) is your head and deserves your respect.
Respect is a feeling of deep admiration for someone elicited by their qualities (head of the family). Respect for him could also include his achievements and abilities. Respect also includes obedience, regard, not second guessing his decisions and submissiveness.

In conclusion, I’ll make reference to 5 scriptures in the Bible that instruct a woman to respect (submit to) her husband.

Ephesians 5:22 – “Wives, submit yourselves unto your own husbands, as unto the Lord”.

Colossians 3:18 – “Wives, submit yourselves unto your own husbands, as it is fit in the Lord”.

Ephesians 5:33 “Let the wife see that she respects her husband”.

Men desire respect because they deserve it (so says God not me). Respect your man and you will see his loving side shine forth.